Hey guys! So I know my blog has been under construction for the longest, and I apologize about that lol. I have been wanting to finally have a “real” blog for the longest time, and with my work schedule and trying to stay consistent on YouTube, and learning WordPress, it has taken a while! On top of that, in March I found out I am PREGNANT! So for 2 entire months I didn’t do anything content creation or blog related, because I was just ENTIRELY too dang on sick ok. I mean it was BAD! I say it was bad, but I know for some women it is so much worse, so I am grateful I didn’t have violent vomiting! These were my first trimester symptoms

Finding out I was pregnant…

Ok yall, so I found out that I was pregnant again March 4th. I did suffer a loss back in November of 2020, at around 5 weeks, 5 days. But now that I look back on that moment, I truly believe it may have been a long drawn out chemical pregnancy, if that is even a thing, because before I miscarried, I went to the ER and nothing showed on the ultrasound, I mean absolutely NOTHING. This brought back flashbacks of a nightmare that I have had recurrently for years. In this nightmare, I went to the dr. to prove I was pregnant, and when they went to do an ultrasound, NOTHING was there, meanwhile I was trying my best to prove that the baby was there. So when I found out I was pregnant again so soon, I was legit thrown lol. I took the test because I literally felt the holy spirit say “go buy a test”. In my mind, I’m like, why do I need to go buy a test? I’m not even late for my period and I am not having any unusual symptoms(I didn’t the first time either besides a missed period), but I followed my gut and went to Walmart and bought a test.

I came back home and took the test, and saw the faintest of lines. I thought I was tripping, so I instantly called my twin sister and asked if she saw anything, and she said she did. Then I took the test in the sunlight, and definitely confirmed there was a 2nd line there.

You can clearly see the line. I just could not believe I was pregnant again so soon after a loss, and at the point I was just really in a good place of working out and having a morning routine, them boom. I haven’t had a morning routine since lol. We also had a trip to Vegas planned later that month, so this pregnancy definitely came at an unprepared time haha.

Ok yall, so I was NOT expecting to get the works with this pregnancy. It literally caught me by surprise, because my mother had an easy pregnancy, and my sister had an easy first pregnancy, so I just knew It was going to be a breeze for me, and it was NOT. I first noticed symptoms at around week 5, which was some nausea. It wasn’t anything life changing, but it was definitely noticeable. I also noticed that I was a little tired, and smells were starting to bother me, but it wasn’t terrible YET, and I also noticed I had a headache every night. Week 6 is when the EXTREME nausea began, and I found myself not being able to eat anything. Absolutely nothing sounded good, I had to force myself to eat small things just to survive. All smells made me gag, pictures of food made me gag, mentions of food made me gag, looking at food etc. It was TERRIBLE. This is also when the hunger began, which is ironic because I could not eat anything. Week 7(the week of our Vegas trip), same as week 6, but add EXTREME weakness and exhaustion, as well as constipation. I mean terrible constipation. I had no energy to enjoy our trip, and I stayed in the hotel room 95% of the time. Week 8 is when I noticed more saliva in my mouth, and this weird taste in my mouth, which just made me even more nauseous. Week 9, I noticed I was tossing and turning at night, so I invested in a pregnancy pillow, which changed the game for me. Around week 10 is when I noticed I was able to KIND OF start back eating, but not completely. Same for weeks 11-12. Things slowly started to get better for me, there was light at the end of the tunnel, and I couldn’t be happier. I lost a total of 21 pounds in my first trimester. I couldn’t believe it!

I am now officially almost 18 weeks pregnant, and I feel better and better. I am so grateful to have survived the first trimester, because it felt like an eternity, but I am so excited to share this journey with you all, and have a first blog post. More content will be coming soon now that I am starting to get back to a normal routine! I appreciate all the kind comments and support we have received since we announced, it has been OVERWHELMING! I will be sharing the details of our journey of infertility as well in a YouTube video, as well as a blog post! I hope you guys enjoy this official first post! I will post below a video of me telling my story, and telling my family I am pregnant! 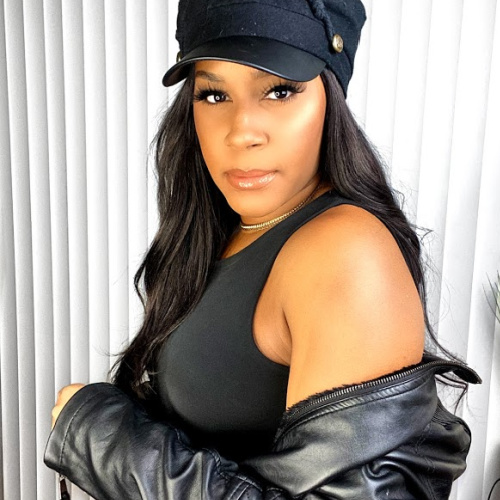 Welcome to my world. My name is Jerika. I am a Beauty & Fashion content creator. I absolutely love what I do & I am excited to welcome you to my humble abode ♥